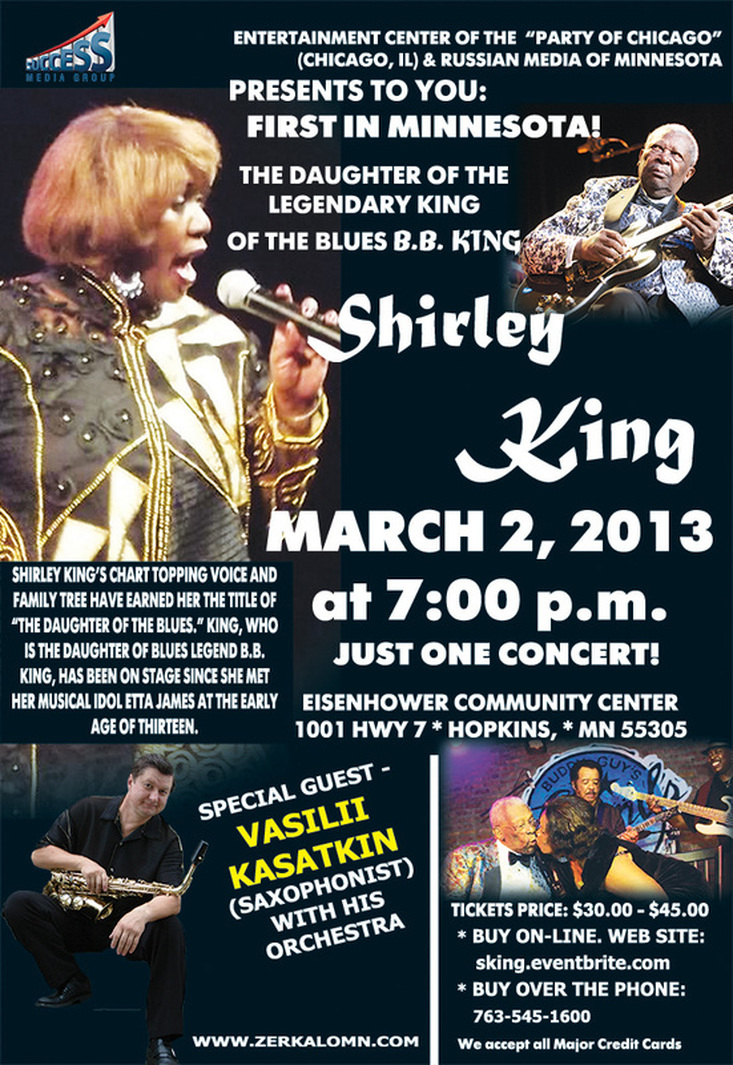 Entertainment CENTER OF THE  “Party Of Chicago”(Chicago, IL)
& RUSSIAN MEDIA OF MINNESOTA PRESENTS TO YOU: FIRST IN MINNESOTA!

The daughter of the legendary KING OF THE BLUES B.B. KING - Shirley King


Shirley King’s chart topping voice and family tree have earned her the title of “The Daughter of the Blues.”
King, who is the daughter of blues legend B.B. King, has been on stage since she met her musical idol Etta James at the early age of thirteen.
Copyright © 2016   Zerkalo, Inc. All rights reserved. (763) 545-1600